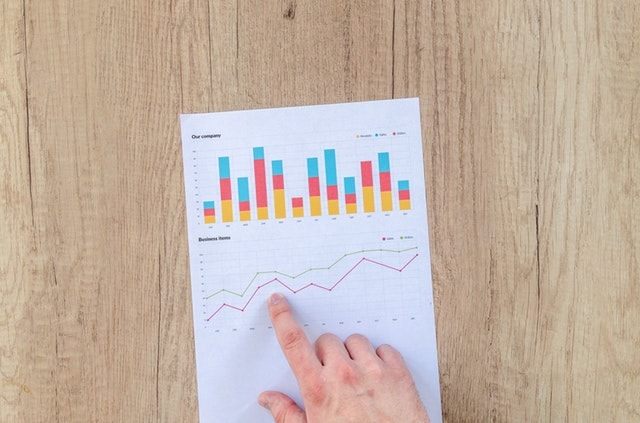 All enterprise ecosystems focus on one thing, Return on investment as the driving factor for the implementation of new technology and VR/AR is proving its worth with companies like Walmart, Lockheed Martin, and Verizon.

Stay efficient and focus on ROI for VR and AR tech!

Return on investment (“ROI”) is a measure of the efficiency of an organization’s investments, calculated by measuring net cash flows generated by an investment relative to its cost (cash outflows). But what’s the real ROI for VR?

When considering typical investments in IT infrastructure and software, acceptable minimum threshold rates of return on investment range from 10% to 15% depending on the industry and this is where VR/AR technology is proving its worth.

Virtual & Augmented Reality are immersive technologies that provide new and powerful ways for people to generate, use and interact with digital information.

These technologies take traditional media beyond conventional screens and use photographic images, video or computer generated graphics (sometimes provided as a 360-degree view within your field of vision) as a new communication and interaction medium that can be used across your company from marketing and sales to field services, training and data visualization.

Companies like Walmart, Farmers Insurance and Boeing have already begun deploying this technology across their organizations for training. Whether you are a brand marketer, director of operations, run a line of business or head of HR, there are many ways you can deploy this technology to generate substantial revenue, increase productivity or improve safety.

A need to thrive

But for VR/AR to continue to thrive and expand in the enterprise space, a few key factors must come into play. It must have a good Active user base, should be indispensable and should be mission critical.

A growing number of companies are turning to virtual reality as a way to drive training, collaboration, design, sales, and numerous other use cases, said Tom Mainelli, group vice president of IDC’s devices and consumer research.

The largest installed base for smartglasses today is Microsoft HoloLens 1, reported at 50,000 total across all enterprise customers it should be noted that the number of active users is a different number, due to both multiple enterprise users per device and device attrition.

The launch of HoloLens 2 and Microsoft’s 100,000 headset US Army contract could more than double this figure in the short term, taking enterprise smartglasses active users into hundreds of thousands.

Other enterprise smartglasses companies like Vuzix are in the tens of thousands, while Google has not discussed numbers for Google Glass for Enterprise. Recent industry surveys indicate Microsoft HoloLens is seen by the industry as the market leader and this was before HoloLens 2 was announced.

But the large user base is not all that’s needed, there also needs to be high-frequency of use. The technology should be indispensable to companies operations. A good example of an area ripe for the enterprise is Process optimization in an expensive environment.

For instance, a factory with a 24/7 fabrication line wants to test some changes in the way their employees work in order to optimize the process. If the company can virtualize the line, introducing the changes to test, the operator can try those changes and measure results in that virtual world.

This gives the company a chance to decide whether or not to implement the changes without requiring halting the production line or wasting resources before they are sure the changes will work.

Clearly, virtual reality and its possible applications provide businesses with opportunities of client engagement and process optimization, opportunities they’ll miss out on if they continue to ignore this area.

ROI for VR: What about augmented and mixed reality?

While most people still associate augmented reality with the Pokémon Go craze of 2016, in the enterprise world, Microsoft HoloLens made inroads following its debut in 2015. Hololens introduced the “mixed reality” term. 2017 saw the introduction of the AR Kit for iOS and AR Core for Android, indicating AR is also gaining momentum.

Enterprise use cases for AR include possibilities like configuring a car, showing additional information for real objects (imagine if you combine AR with the physical web), using HoloLens to work on elevators as ThyssenKrupp does or like Boing to assemble airplanes, this has only improved with the introduction of the Hololens 2.

While some still see AR and VR as technologies reserved for hardcore gamers, many have taken notice of the considerable potential for each across a variety of industries. As hardware developers make AR and VR headsets more affordable and user-friendly, enterprise firms are developing new use cases far beyond this, they are applying the technologies to everything from marketing to healthcare to space exploration, and more.

Using AR/VR, retailers could offer customers everything from virtual fitting rooms to the ability to design & customize products. Consumers could shop virtually, entering stores using headsets instead of needing to be physically present.

Startups like Bold Metrics deploy VR technology to create “virtual maps” of shoppers’ bodies, allowing them to virtually try on clothes in a 3D environment. Retailers can also use AR/VR technology to help customers access their inventory in more immersive ways.

Since VR enables individuals to be placed virtually, it provides an avenue for organizers to welcome more individuals into in-person events. For example, Paul McCartney released a 360-degree concert recording through a virtual reality app linked to the inexpensive Google Cardboard headset.

Jaunt, a startup that has raised over $100M to develop VR hardware, software, tools, and applications for content creators, was behind the app. VR can be used in a similar way to enable virtual conference attendance, but event-industry stakeholders are also using it to drive collective experiences among in-person audiences.

With more use cases popping up every day, the enterprise space is investing more into VR/AR/MR technologies each year and they are seeing especially good ROI for VR. It is no longer a technology that is suited to Gamers and entertainment alone. It is now a viable part of any companies expansion plans or integrated operations.