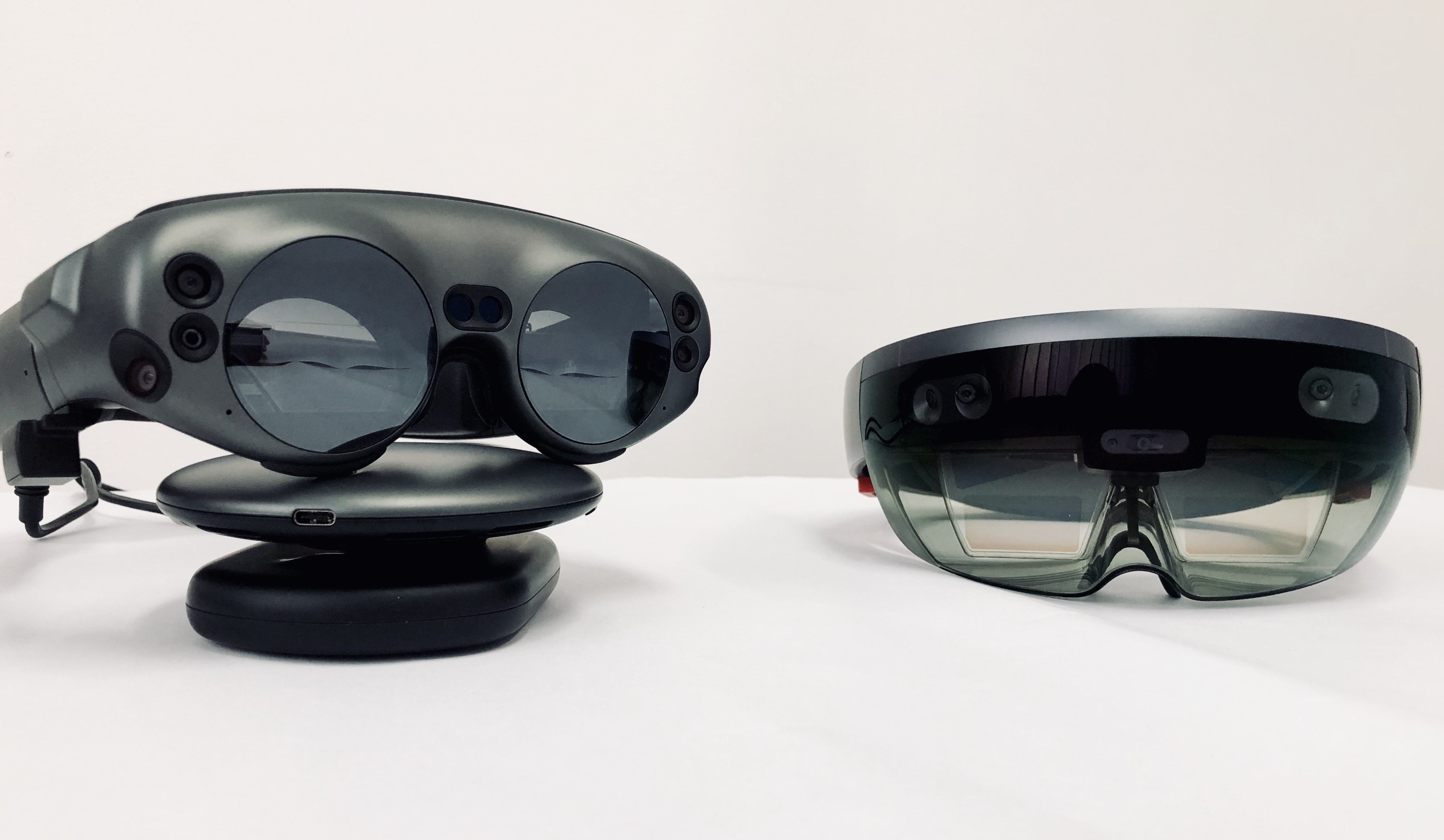 Virtual and Augmented Reality, those are the two words that have dominated the world of immersive technology over the last decade. From the entertainment industry with creators and gamers wanting to live within realistic environments and games to Healthcare providers, Architecture and Construction, Aerospace, and even military applications needed to train soldiers in a controlled or live-fire environment, with immersive simulations, training, and experimentation, the possibilities that VR and AR hold have captured our imagination and won’t let go. Not to mention the financial gains such technology would command.

Magic Leap One: a journey beyond imagination

Here-in comes the Magic Leap One (Creators edition), a product from the Magic Leap, Inc. which seems to be a leap forward (pun intended) in the AR or Mixed Reality technology space. So far the first-party applications released with it has given us a small taste of what to expect from this product and we are left hungry for more. But with most new technology, developers and creators need time to build apps that integrate this awesome hardware.

A duel between Magic Leap 1 and HoloLens 1

Compared to the 2016 HoloLens, both in terms of hardware and functionality, Magic Leap one (ML1) is a significant step forward. Boasting a 40 deg x 30 deg Field of Vision against the Hololens ~30 deg x 17 deg. A higher 1280 x 960 per eye Resolution, 9 hand gesture recognition against the Hololens 2, 6DOF and hand tracking on each finger with 3 points each.

On the hardware side of things, we have even more improvements, with the ML1 running on NVIDIA® Tegra X2 SOC with 2 Denver 2.0 64-bit cores + 4 ARM Cortex A57 64-bit cores and its GPU from NVIDIA Pascal™ with 256 CUDA cores all housed in a Light Pack. Throw in 8GB of Ram and 128GB of Storage and the ML1 leaves the Hololens1 (with just 2GB of Ram and 64GB of storage) far behind. Having a $2300 price tag also makes it far more affordable than the starting price of $3000 for the Hololens 1.

However, it should be noted here that although the ML1 has a higher resolution with a wider field of vision, it does not give the same crisp text and image clarity you would get from the Hololens 1, but again this will not be noticed by most users and its form-fitting design does not allow for the comfortable use of regular glasses. Magic leap has, however, stated their commitment to work with third-party providers to create a custom prescription lens for each user in the future.

Round 3: Readiness for implementation

After all, said and done, the Magic Leap One is not a consumer-ready product hence why it is called the creator’s edition. Before it can come to the mainstream marketplace as a finished product, it is going to need a lot of applications, services/solutions made to match with its hardware.

AR is still an immerging technology and even though the possibilities are limitless, developers and content creators still have a long way to go. So while the Magic Leap One is a great device, it isn’t something you should be running to the store to buy if you are not a serious developer who wants to develop some custom AR solution/service.

But this is good news..

..because now that the ML1 devices are in the hands of developers and creators we can expect them to extend the functionality of the device in every way possible. This means that when the next version from Magic Leap comes out, we will not just be getting better and more optimized hardware but an array of applications to use with it. So consider the ML1 as One Small Step for Magic Leap, but one Giant Leap for AR.