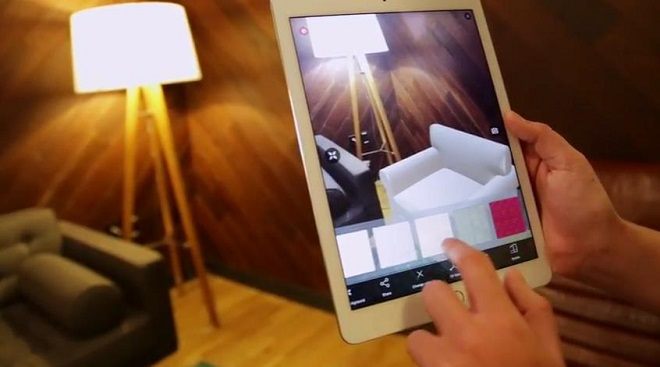 Augmented Reality has always been far more advanced than its VR counterpart. Through the year 2019, it saw even more technological advancements, as well as the introduction of many fascinating features.

This is our rundown of the best AR bites for the past year.

The introduction of 5G was a major milestone for AR (in 2019). This is because of the inherent advantages this technology brings.

Currently, 5G is considered to be the fastest iteration of mobile wireless technology available. Increased speed combined with decreased latency translates to real-time AR interactions with relatively little to no lag.

A much higher capacity allows for more users to experience a shared AR experience without the annoying lags. Seeing this possibility, device manufacturers are going to start adapting to the changes, causing a substantial shift towards entering the AR industry.

The limitation of what can be done with AR due to speed restrictions and latency issues might not vanish in a day. The good news is, higher limits will have to be re-evaluated with 5G in the mix.

2019’s Lenovo Accelerate brought us a few surprises, one of which was the A6 headset. It’s based on Lenovo’s ThinkReality concept, a platform that provides all the software development tools needed to create advanced AR/VR applications. 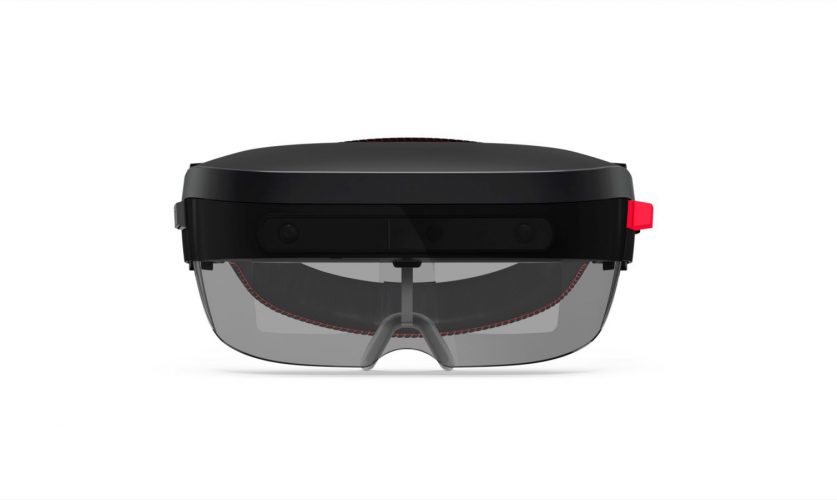 The device incorporates pre-built functions and program logic, which enables engineers to quickly build sophisticated applications that would normally take much longer.

The software solution itself is agnostic meaning it can work with other vendors and providers such as the HoloLens or the Oculus HMDs.

Unluckily, the headset doesn’t have the raw processing power or the resolution of something like the HoloLens 2. Yet, it does have a longer battery life and is far lighter. As a result, it can be worn for a longer period of time without discomfort or a need to charge.

As with Microsoft Offerings, the device is also meant for the Enterprise space.

Our concept of an AR display started with the boxed overlay that first-gen AR glasses brought to the table.

But the inadequacies of this design and its limitations have been made clear since. It’s no surprise that we have been seeing more wide field-of-view for AR displays that give far better immersion and realism to what is being seen.

An excellent example of this would be the HoloLens 2 which has a field of view that doubles that previously seen on the HoloLens. But it’s not just them, other device manufacturers such as Magic leap, are seeing (pun intended) the importance of the increase in this area.

The inherent advantage of AR is its ability to blend into reality. Now e-commerce companies are taking full use of this feature to promote and increase their sales margin.

2019 saw an increase in try-on apps that allow users to view products as they would appear on themselves or in a given space. This allows clients to know what the product would look like in a given scenario without spending a penny.

The product usually comes with features that allow basic changes, such as color or shade, and a number of other customizations that the client can choose from.

Change your hairstyle, nail color, and makeup with one slide. Or select a piece of furniture and see how it fits in the chosen room. Everything seems to be perfect? Great,

But there is an even greater level of integration as the services can usually be run without a need to leave the comfort of one’s own home or their present location.

Add in an integrated AR payment solution and shoppers can have the full shopping experience at any time they want. From the selection to the fitting (try-on/try-out) and the purchase, all within their AR app.

Microsoft and Magic leap were just some of the companies that announced new headsets for the AR market in 2019. But as a bit of a twist, we found that the devices were meant for the enterprise industry and not the consumer market.

But this made sense if you look at things closely from a business and utilitarian perspective. Not only would they make more money selling to enterprise users but there exists a need for such technologies in that market.

From remote assistance to complex construction or development work, AR is starting to change the way enterprise deals with the production process. So it makes sense to develop tools for a market that is hungry for it.

From the previous point, you start to get an inkling that the AR market is moving faster than we might have expected.

“As of 2019, estimates suggest that the consumer market for immersive technology will bring in around 10.6 billion dollars in revenue around the world.

The single largest segment of the market is virtual reality which will account for more than half of that total, while mobile augmented reality and augmented/mixed reality headsets will bring in around 4.5 billion dollars combined.” -Statista

This is not the end, as there is a forecast of $18.8 billion to be spent in 2020 on VR/AR. While commercial use will take the large bulk of this, training with the technology follows closely afterward ($2.6 billion) and industrial maintenance ($914 million) in use cases.

If you have an AR-enabled smartphone, you would have noticed that your Google search has gotten a little stranger. It now has 3D AR integration.

In 2019, a few users had some interesting experience using Google search, the tech giant has rolled out a new card for Search that can put animal (virtual animals) in the real world, to users with an ARCore or ARKit-ready Android phone or iPhone.

Currently, you can view a tiger, a lion, a giant panda, a rottweiler, a wolf, and a bunch of others, with more, said to be on the way. This augmented reality feature comes into play with a button to View in your space.

We are yet to know how much further Google will expand this feature and what other interesting AR surprises they may have for us.

Artificial intelligence has been integrated into many aspects of our lives but now it is seeing more prominence in Augmented Reality applications. This is because of the advantages that such a system brings to the table, allowing us to have more user-focused AR experiences.

Retail AR solutions will also be a major influence on innovation.

A customer shopping at a store can get AI-based support while moving around. A virtual assistant can receive answers to questions about pricing, features or current offers. They can be supplied by a chatbot based on natural language processing (NLP) technologies.

We can even take it a step further by having responses tailored to the customer’s unique profile, allowing greater personalization on the fly.

Organizations and various industries are always on the lookout for better means and methods to train their staff. The use of AR and AI technology just seems to be a perfect blend of tools that can make this possible.

Being able to identify, process and fix issues in real-time make the training process more effective. At the same time, the users are able to get a good understanding of the device, procedure or item they are working on.

“Companies like Unilever began exploring ways to reduce downtime with a live AR support that allows technicians to collaborate with experts remotely.

Users can share their view of a situation with a remote expert. Then, AR maps work instructions directly onto an object or area.

Unilever says that it has seen a 50 percent reduction in downtime in facilities where the AR tools are in use, creating a direct ROI of 1,717 percent of the initial investment.” – Enterprisersproject