5G and the Arrival of True AR 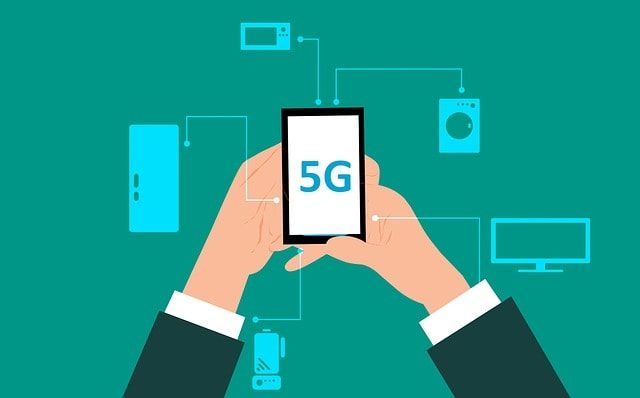 While the battle over who will be the first to deploy the first true 5G network is in full swing, VR and AR manufacturers and developers alike sit on the sidelines waiting to take full advantage of the technology. With the promise of low latency, higher capacity and reduced cost, 5G is the springboard that VR/AR has been waiting for.

The issue with current networks

Due to the fact that with 3G a full HD video takes a few hours to download, the coming of LTE networks cut that time down to minutes but 5G promises us a further reduction to seconds. 5G will usher in millions of new devices that will change the quality of life for millions of users. However, the network connection must be strong enough to handle all the new traffic. According to Qualcomm, 5G can offer a 100X improvement in traffic capacity compared to 4G connectivity. In order for businesses and individuals to take full advantage of AR every single day, this increase is critical. A network that is overloaded with traffic will create latency that AR simply cannot compete with.

SEE ALSO:  What VR training is the most popular? 3 types of training employer should know

This new form of broadcasting uses frequencies of 30 to 300 GHz compared to bands below 6 GHz like in the past. Increased bandwidth will be required to ensure connections are not lost and speed remains at a high level for the best VR and AR screen quality. It cannot be done without moving over to 5G technology.

How Does this affect true AR

AR (also VR) experiences weave complex worlds and simulations that require very sophisticated inputs. The mechanism of operations involves the processing of copious amounts of data that can best be handled by a superior mobile network. The need for this powerful next-gen mobile network will become more apparent as the users move away from a fixed internet connection or in instances where the user is in motion. In such instances, the quality of the experience is radically diminished with the current generation of mobile networks.

SEE ALSO:  What is MVP and what benefits you can get thanks to this approach?

As 5G becomes part of the AR industry, we will see far more headset manufacturers enter the industry. Right now, HTC and Facebook’s Oculus dominate the top of the market, with Sony’s PlayStation and Microsoft’s mixed reality offering lower quality, but also lower cost. They’ve created software platforms that connect to their headsets, allowing them to control the ecosystem somewhat. 5G will move the ecosystem to the cloud, making the headset itself a commodity.

The merging of worlds

The push of 5G will make AR a reality for the world. It is required for screen and equipment quality, increased traffic capacity, improved connection speeds and for latency to be almost nonexistent. before we can have mass adoption of  AR technology, 5G will need to be adopted first.

SEE ALSO:  What you need to pay attention to when choosing a virtual reality studio

The holy grail for AR would be the ability to move both graphics card and computer chip to the cloud and connect to them wirelessly. This would eliminate the need for bulky hardware and enable the creation of lighter devices.

Qualcomm, one of the worlds leading chip maker, is promoting a platform for smartphone-powered virtual and augmented reality headsets that rely on 5G networks, alongside partners like Acer, LG, and Sprint. The company announced its plans earlier this year at Mobile World Congress, saying it would help push phone-powered VR and AR (collectively, “XR”) headsets onto the market in 2019.