Both Oculus’ headsets, Quest and Go, are the excellent devices in their own right and will provide hours of productivity and entertainment as needed.

But at the end of the day, if you are limited in choice and can only pick one, you should consider a few things before making the final decision. Your best starting point is a consideration of movement possibilities and controller interactions.

One of the core differences between them is that the Oculus Go is a more stationary device. This means that a user can only look around when using the headset. In contrast, Quest’ users have more freedom of movement and can virtually (thus physically) walk around with the headset on.

Let’s dig directly into the details, using a simple table highlighting the differences between the two devices.

At first glance, the Quest seems to be the more spaced out of the two devices with a corresponding price tag to match. However, depending on your use case, getting the more expensive offering might not be the best choice.

Both head mounting mechanisms and cushioning of these headsets are pretty comparable, however, there is a noticeable difference in weight.

The additional sensors and internal hardware found in the Oculus Quest means that it weighs about 100 grams more. We can note however that it didn’t cause any difficulties for us in terms of comfort. Thus, keep in mind it may become more of a factor for more complex (meaning in general: longer) simulations.

So, the Oculus Quest is an obvious 6DOF headset, while Oculus Go stays at a beginner-friendly level of a 3DOF device. What does that mean for you?

One of the key differences that separate the two headsets is its DoF or – to expand the abbreviation – Degree of Freedom that they allow. Simply stated, 3 or 6 DOF refers to the freedom of movement of a rigid body in three-dimensional space.

Now your preference here depends on what you use the headsets for and what type of applications you run.

Specifically, the body is free to change position as forward or backward (surge), up/down (heave), left/right (sway) translation in three perpendicular axes, combined with changes in orientation through rotation about three perpendicular axes, often termed yaw (normal axis), pitch (transverse axis), and roll (longitudinal axis). With 3DoF you can only track rotational movement while 6DoF head-tracking means you can track both position and rotation.

Long story short, you should be aware that 3DOF headsets are limited to head movements and controller tracking only. In other words, it’s a big flashy NO for moving your whole body in the VR world – you need to teleport around with your controllers for that.

Oculus Quest has a set of cameras dotted around the headset; these cameras track your hands/body movement and mimic it in the VR world. This allows the Quest to be completely wireless.

In stark contrast, the Oculus Go utilizes an onboard spectrum of sensors such as the gyroscope, accelerometer, and magnetometer to deliver only 3DoF. Simply stated this is tilt and rotation tracking. The device cannot do positional tracking so you won’t notice if you move side to side, up or down, or forward and backward. Its controller is also quite limited in that it’s a small, wireless remote control with a few button inputs.

Yet, Oculus Go has no cameras and is only able to track your head movements and the position of the single controller.

It’s also worth mentioning that the Oculus Quest will soon support tracking user’s hands without the need of holding any controllers – similar to how Leap Motion functions.

Not only does this provide a more natural way to interact with the VR world, but it also introduces completely new possibilities for the developers and simplifies the user’s experience. There’s no need to grab the controllers, charge them or pair them with the headset. You simply put on the headset and see your hands in VR.

The display on each of these devices is another distinguishing feature, while the Oculus Go sports an LCD panel with 1,280 x 1,440 pixels per eye (2560 x 1440 Panel at 60Hz), which gives a decent image quality on its own. It has on-board graphics being driven by a Qualcomm Snapdragon 821 processor.

It is however outclassed by the OLED display found on the Oculus Quest with 1440 x 1600 pixels per eye (2880 x 1600 resolution at 72Hz). Obviously, this gives smoother graphics and an all-round better viewing experience. Unlike the Oculus Go, the Quest is powered by a Qualcomm Snapdragon 835, which is a newer processor providing better performance.

So, if it’s just a choice of which has a better display we can give it to the Oculus Quest and call it a day. This should not discount the good image quality that you can get on the Oculus Go.

The end result of your decision-making process should be based on a few criteria such as your budget, use case, and level of interaction needed with the device. When choosing a device, we should consider if a user should have a headset and controller movement possibility or not.

The Quest was created more for the gaming industry with an advanced tracking system which gives us the possibility for physical interactions with objects around us. Where Go is still a solid choice for watching movies, 360 videos and playing more basic (but still pretty fun) VR games. 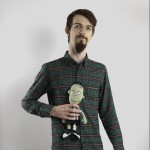