Unity vs Unreal comparison: Choose the best engine for you 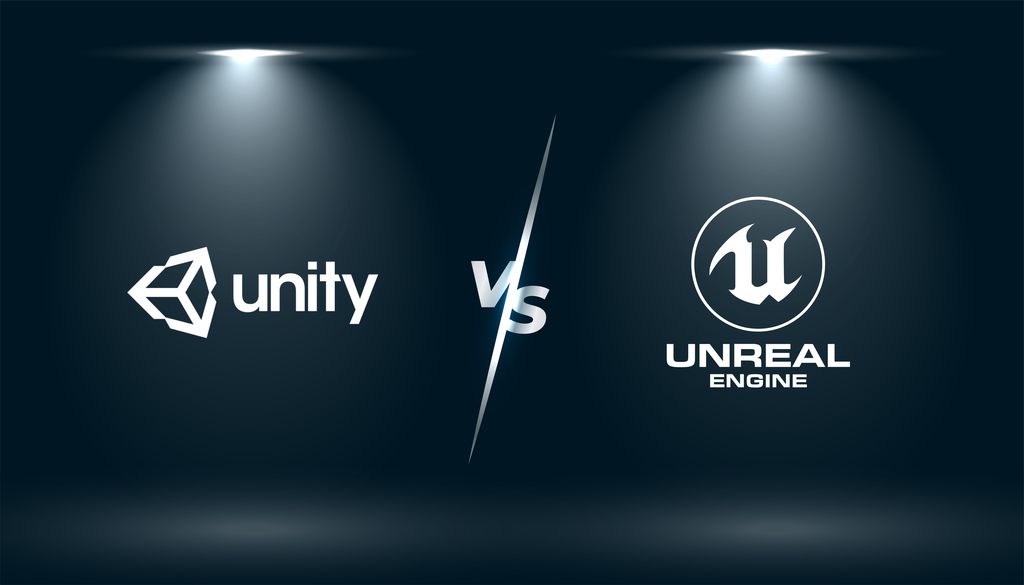 Unity vs Unreal: The titans’ comparison

Game engines – the tool, framework, software created to simplify game development. In modern productions, it is unimaginable to create a game without them. Game engines provide physics, input, rendering, scripting, collision detection, AI, and more with no need to code them. They are fundamentals of creating any advanced rendering related application.

In the game industry, there was always one frequently asked question. Which one is the best? Despite many discussions, providing arguments and other actions to prove someone’s right, it was not possible to establish it. The best-provided answer is “It depends”.

There are many engines listed as worthy candidates:

In this article, I compare the two most popular titans of the game industry: Unity and Unreal Engine. Let’s start with a general introduction to those game engines.

Founded in 2004 to make game development accessible for everyone and not only for big companies, Unity has done exactly that and even more. Thanks to its very intuitive design, C# based Coding language Unity is the first choice for most indie game developers.  It offers a great community, a huge asset store and tons of tutorials and courses to be found online. Since its conception Unity has evolved into an engine that allows users to create games in 2D, 3D as well as virtual reality. It supports up to 28 development platforms. Outside of game development, it is used by other industries like film, automotive, architecture, engineering, construction. 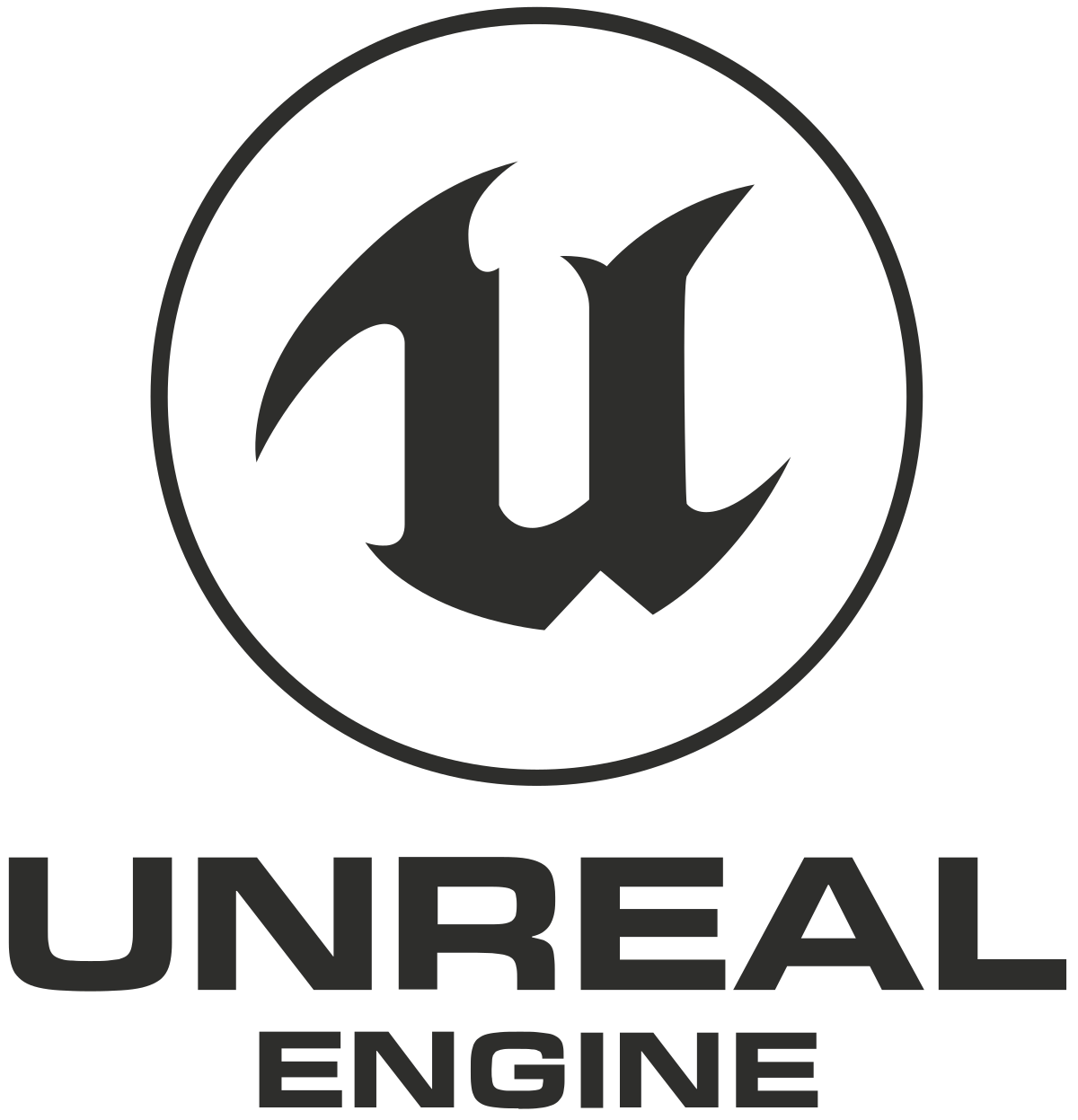 Unreal Engine had its first release in 1998 and was created by Epic Games. It debuted with the super hit “Unreal Tournament” which was the market-leading product when published. The strongest point of this engine since its release was groundbreaking graphics and its presence in the top AAA gaming culture. This C++ based engine is to this day a powerhouse among game engines in pushing graphics to the highest level while maintaining high efficiency. Unfortunately using it isn’t easy. Lately, Epic Games have focused on lowering entry-level use of this engine by simplifying the interface and introducing Blueprints (visual coding system).

After this short general introduction let’s get to the main topic – a comparison between Unity and Unreal Engine. It’s not an easy task. Both of these engines have their strengths and weaknesses. Many factors need to be considered here.  So let’s get started.

Both of these engines can produce stunning levels of graphics. However Unreal Engine is considered to be better. Unreal is packed with tools, presets that work right out of the box and have no need to be tweaked. For example – volumetric lights, post-process, lens flares are built in the engine and represent a high level. The biggest edge in graphics for Unreal makes the lightning system. Thanks to it all, unreal engine products look very realistic. But make no mistake, Unity can provide truly great results. Unity is constantly working on improving the visual level of the engine. It’s the latest release of High definition render pipeline (known as HDRP) is very impressive. With enough knowledge, you can achieve a similar level of detail as in Unreal Engine. You can see a visual comparison in the video below:

Having an engine that caters to a wide range of game types is important. As a game developer, you might want to create products in different types of perspective (2D, 3D, AR, VR). Or maybe you want to create products for multiple platforms? These are very important factors. Luckily both Unity and Unreal are suited for that. But at the same time, both of them have some advantages in different game types. Let’s have a look at which engine would be suited for which type:

Learning curve and easy of use

Learning development is not an easy task. No matter which game engine you choose. There is a lot of information you need to know. But there are differences between accessibility and ease of using them.

The majority of people believe Unity is more beginner-friendly. Its interface is way more intuitive. On the other hand, Unreal is a bit overwhelming. The multitude of available options and poor segregation make navigation difficult, especially for novice developers.

The other aspect is a programming language. Unity uses C# while Unreal uses C++. C# was designed based on C++ functionality but with a huge weight on the aspect of accessibility. The main selling point of C# is easier to use syntax compared to C++. Therefore it’s easier to learn for most people. Lately both these engines introduced visual scripting languages that lower the entry-level for some developers. It is commonly used by artists that want to do simpler tasks without expert coding knowledge.

The last part that speaks for Unity is the community factor. Unity has an extensive knowledge-sharing community. You can find a lot of tutorials available on Udemy or Youtube. On the other hand, Unreal tutorials are limited. Lately Unreal started its learning platform to make up for it. A bigger community manifests not only in tutorials but also in asset stores. Unity asset store provides a much larger selection of assets that can speed up the prototyping process.

If you look at what the professionals use you will find that both Unity and Unreal are widely used in the game industry but many different ways.

Unity is most popular for creating indie titles and mobile games. It doesn’t mean that you can’t make larger games with Unity. Hearthstone, Rust, Ori and the Blind Forest, Ori and the Will of the Wisps, BoneWorks, and many others were developed in Unity and are considered AAA games. But in terms of AAA Unreal Engine is used much more than Unity. Games are known by every gamer person like Unreal Tournament, Star Wars: Jedi Fallen Order, Sea of Thieves, Bioshock, and a large number of others were created using it. Furthermore, Epic Games (developers of the Unreal Engine) created many games such as Fortnite, Gears of war. Unity creators don’t create their games apart from small educational projects.

These days when you think about the industry use of game engines it’s not only games. Game engines are used to create many render based applications. Simulators, Training, Presentations, Movies, Rehabilitation, Marketing are only a few examples of it.  Let’s look for some examples of business applications made with game engines. Let’s look at some practical examples listed below.

Another difference between these engines is the pricing model.

In this article, I compared many aspects of the differences between Unreal Engine and Unity. But let’s get back to the question I asked at the start of the article. Which game engine is better? My answer will be the same – it depends. Both of these engines are top-notch and both of them have areas where they shine more than opponents.

Is your goal to achieve the best possible visuals? Is your goal to make a quick prototype? Is your goal a small agile project? Or a big AAA game. Are you going to develop products for multiple platforms? These and many other factors change the answer to the question. Your needs define the choice of a game engine. In the end, both of these engines are great tools and can be used to create outstanding products.