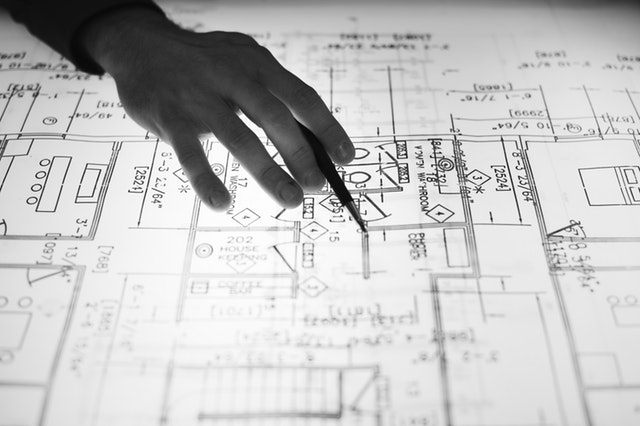 As we expand across the reaches of our world, we humans have been constructing shelters and building since we first moved out of caves, from mud houses of ages past to modern day megastructures that are thousands of feet tall, with some even visible from space.

Yet our thirst for expansion doesn’t just mean creating taller buildings but designing more complex and intricate structures that personify the various architectural philosophies that each designer envisions or has become a part of.

From eco-friendly homes built with renewable materials to geometrically dazzling steel constructions that borders on the impossible, our construction limits seem to be only hampered by how far our imagination can take us and the limits of our materials and methods.

Construct the future with Augmented Reality

But new technology is allowing us to test and even challenge the limits of these very construction methods and materials. Augmented Reality is changing the very ways in which construction is perceived.

This happens on a number of levels from the concept level, actual construction process all the way to management and maintenance portion of the whole project.

From the get-go, Augmented Reality devices assist architects and designers visualize in 3D what their construction will look like superimposed on a real-world landscape, or in miniature renditions that match to scale.

Companies such as Seattle based contractor BNBuilders are already using AR to showcase to clients what their homes or buildings will look like using AR technology. But we are not just talking about allowing clients to see finished designs, but architects now have a tool to see what their blueprint translate into.

Then changes can be made designs altered all without the expense of having to build 3D scaled models as they have done in the past.

Even design software such as Autodesk 3DS Max, that would traditionally need the design exported as a rendered image, animation or real-time rendering game engine can now be exported through AR. Here,  we’re able to take 3D objects and superimpose them onto the real world, as well as to interact with these 3D objects in real time using hardware like the Hololens from Microsoft or other AR gear.

Architects and construction firms already prioritize accuracy and precise control over all aspect of their creations, hence AR tools help not only increase the efficiency in carrying out these tasks but does so with a far higher level of accuracy and precision than previously possible while shortening the time used to accomplish such task and saving money in the process.

When you leave the drawing room and move on into the field, AR comes along with you. Here we see companies using AR to facilitate deployment and construction of complete components and structures with AR assisted apps and tools.

This reduces the rate at which errors occur and gives workers the ability to spot issues before they become a problem. Workers no longer have to spend time interpreting the design choices on the blueprint and can simply just see what is to be created with the overlap of the 3D design over the physical job site.

And finally, when construction is finally done, AR can still assist in managing and maintaining the structure, this is most especially useful in large construction projects such as airports and shipping docks.

From simple tasks such as finding your way around complex and confusing structures to more detailed jobs such as identifying planes, parts, and personnel around the building, indicating what they are and where they should be. This follows perfectly in the increased safety that AR brings to job sites and the whole construction process.

Before that: problems we want to be solved

But regardless of the advantages, AR brings to construction, so far it has some major drawback, which includes the cost of the various solutions and the fact that most have short battery life. Construction is a labor-intensive enterprise and the hardware that function in this space must be able to keep up with the long work hours and heavy use it entails.

Once these issues are addressed, such as in the upcoming Lenovo ThinkReality A6 device, which boasts a removable battery with a usage time of 4hrs, we will see more and more construction companies and architectural firms adopting the technology.