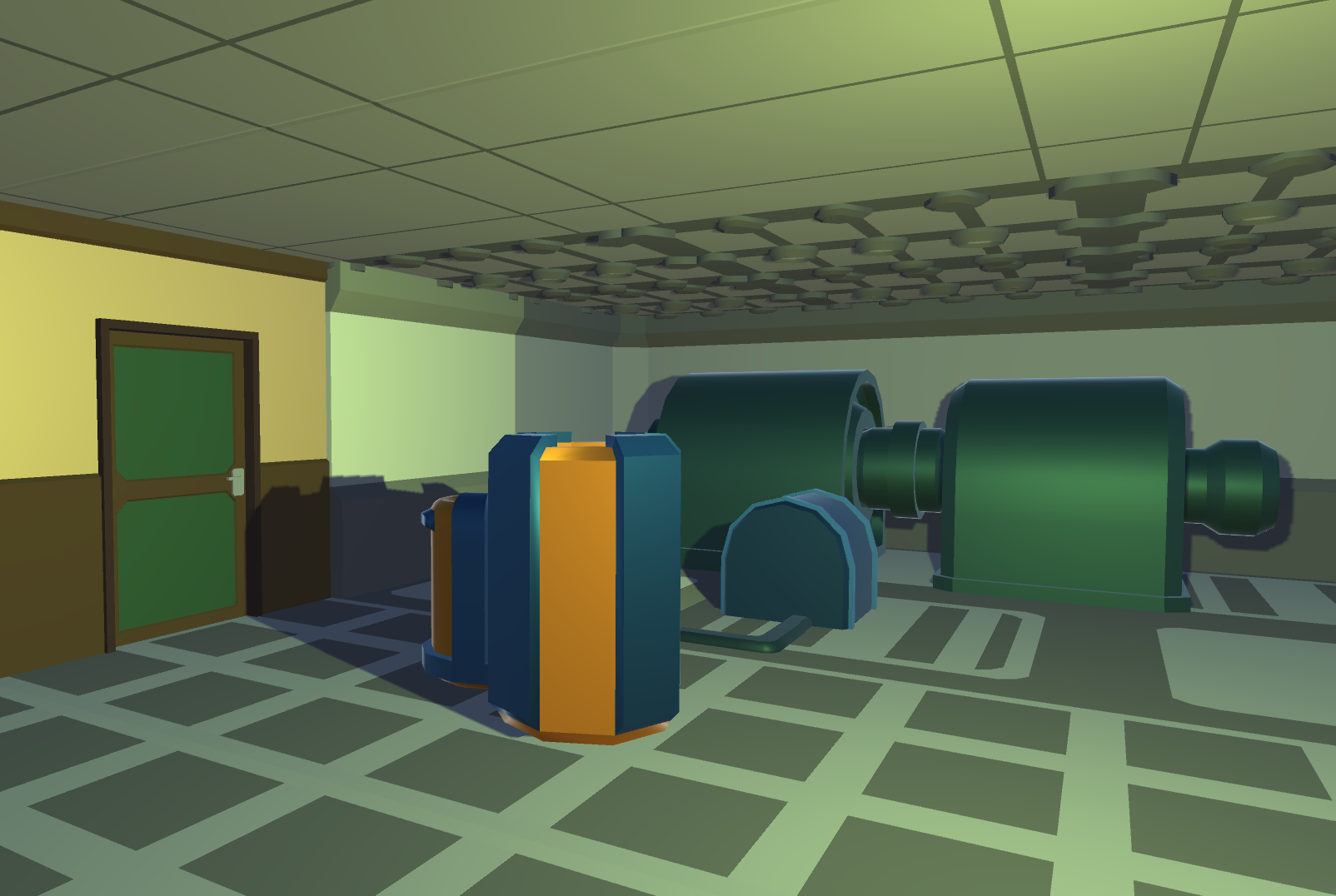 Snaps are modular asset packs prepared using ProBuilder and ProGrids editors. Created as a way to tackle the issue of lack of compatibility and consistency of in-store available assets, the Unity team prepared Snaps as asset packs for easy, compatible scene building – both for prototype and production apps.

Each pack is focused on a specific theme, with the store offering both prototype and HD prefab packs. With Snaps, you can cut down on both development and deployment timelines significantly.

There are a few things we are going to need before we get started.

First, you’ll need to have Unity in version 2018.3 or higher installed. This is due to the introduction of prefab workflows that Snaps require. Next, you will need to install two packages – “ProBuilder” and “ProGrids”.

It’s possible to install both of them from the Asset Store and via the Package Manager – the second option is recommended to ensure the most recent version will be installed.

You might need to enable the “Show preview packages” option from the Package Manager’s Advanced (top right, next to the search bar) menu to be able to install the ProGrids package.

There is no point going further into Snaps without giving you some practical examples of Snaps in action. So let’s do just that.

In this example, I want to build a simple office using Snaps.

Obviously, you need to have Unity opened. Then, If ”The ProGrids tool” window isn’t displayed, it’s a good time to turn it on by going into Tools -> ProGrids -> ProGrids Window. It’ll look like this.

Be sure to check if the snaping to grid toggle (the third toggle in the window) is switched on! This is very important so do a quick check before going any further.

Finally, we can grab one of the Snaps packages from the Asset Store, for our example we’ll use Snaps Prototype | Office – go ahead and import it to your project.

Once we’re all set up, it’s time to start building our very own cozy office room. From the ModerOffice_Interior, folder let’s navigate into the Floors_Ceilings folder and pick up one of our floor building assets. 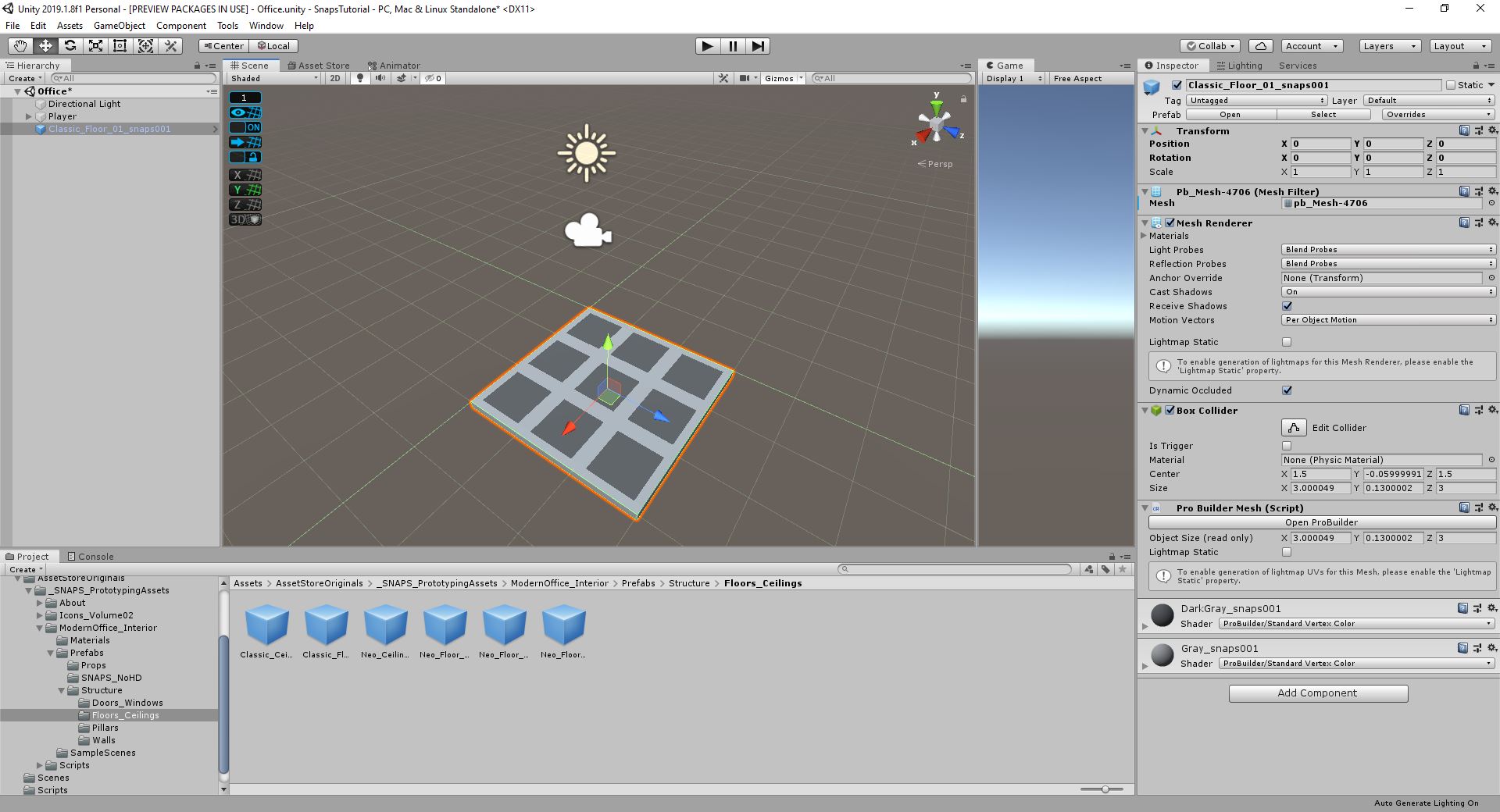 The room is a bit small at first glance, and we would want to make it a little bigger. To do so, duplicate (by selecting the asset and using the Ctrl+D shortcut) the floor tile asset enough times to build a 12×9 tile room. Now we have enough space to build with. 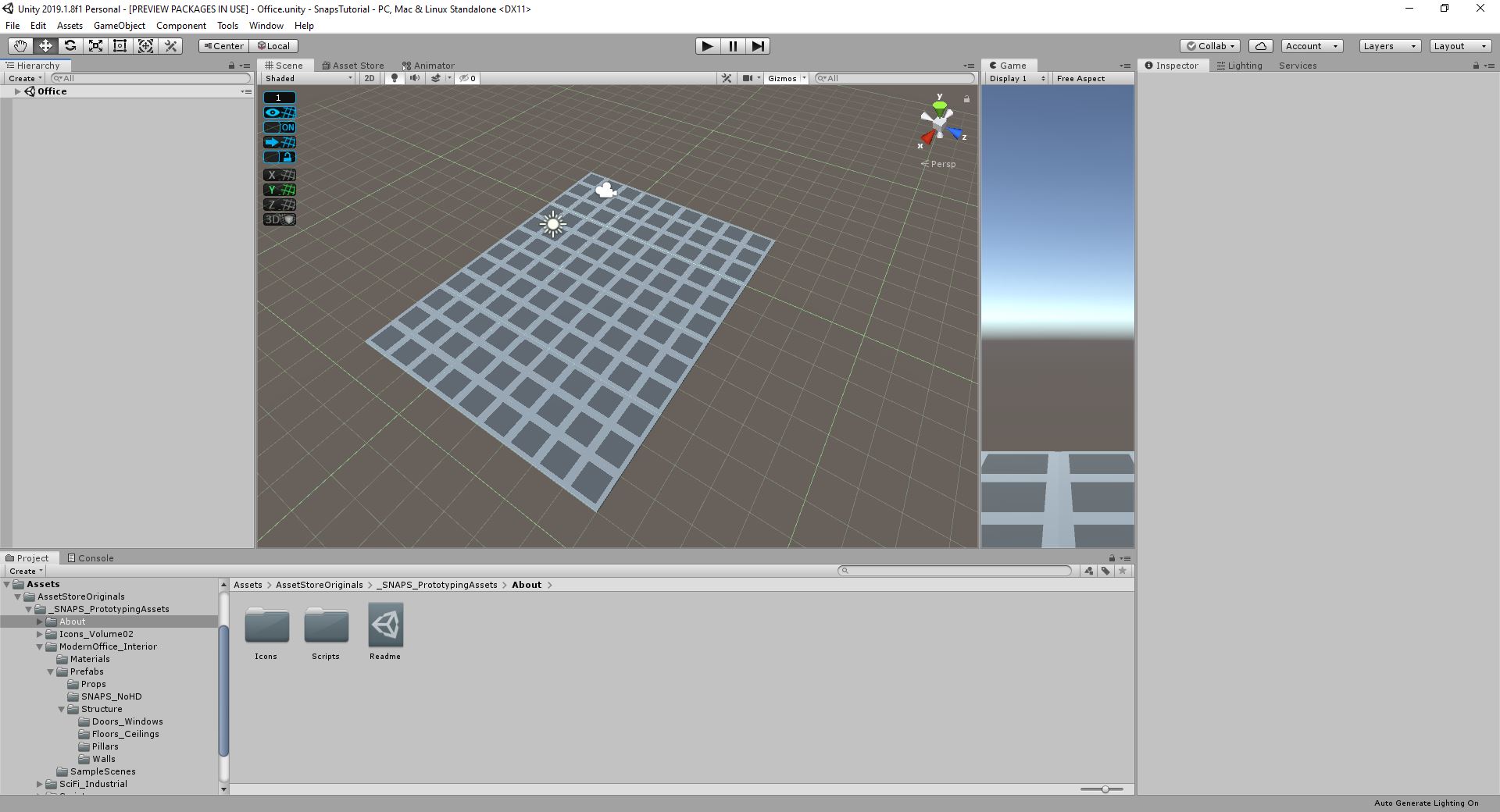 No room is complete without walls and a ceiling so let’s add that. In the package prefabs, we have a corner wall and straight walls – let’s add them to our scene. 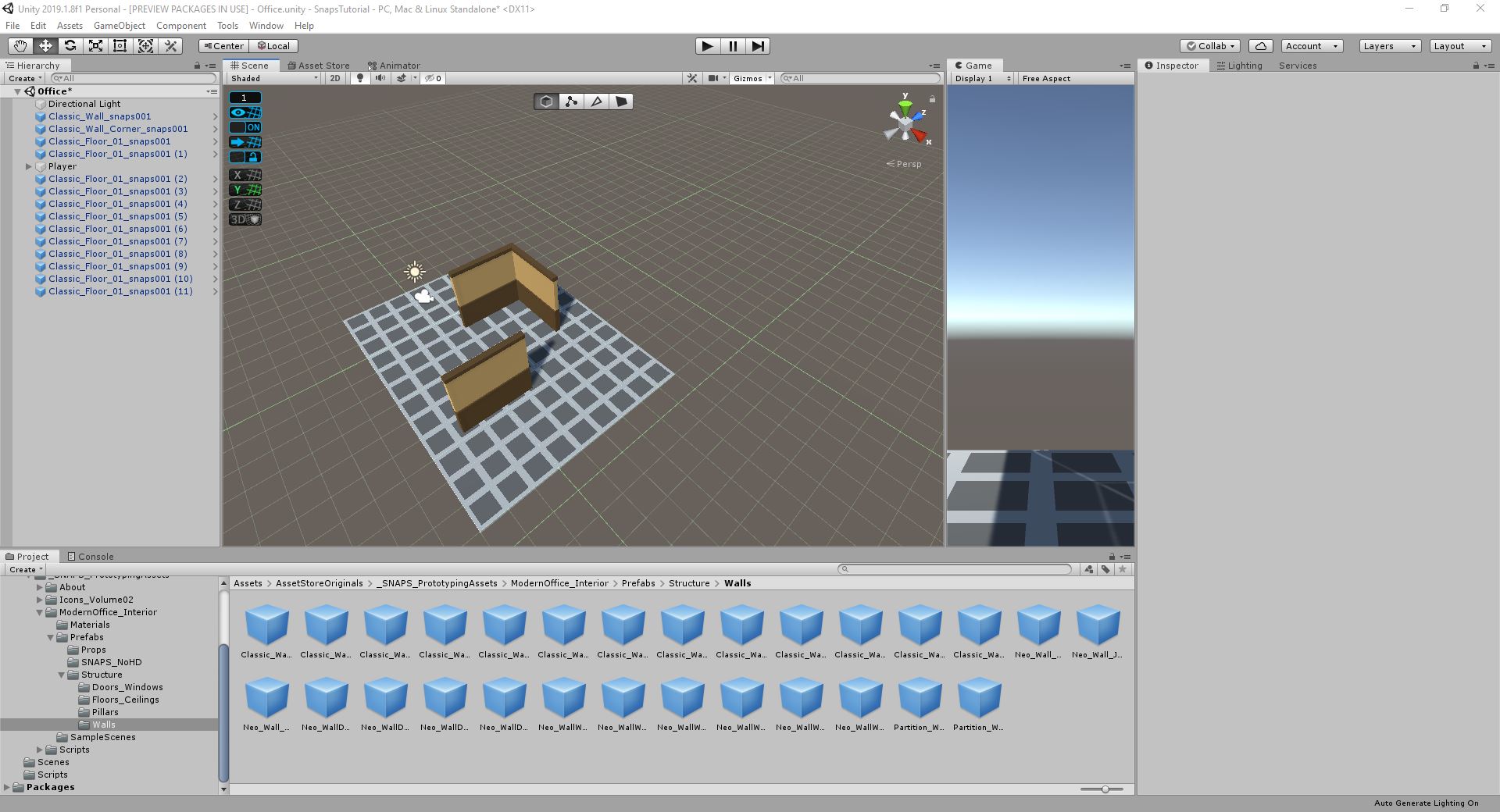 Now we duplicate and set up the walls properly. All the prefabs are scaled to fit each other, so they can be connected seamlessly.

That’s the part of the main ideology behind the Snaps prefabs – they’re scaled to real life-size, they’re modular and can be connected without difficulty for quick prototyping. Just think of the time saved by having this instead of worrying how components would fit together. 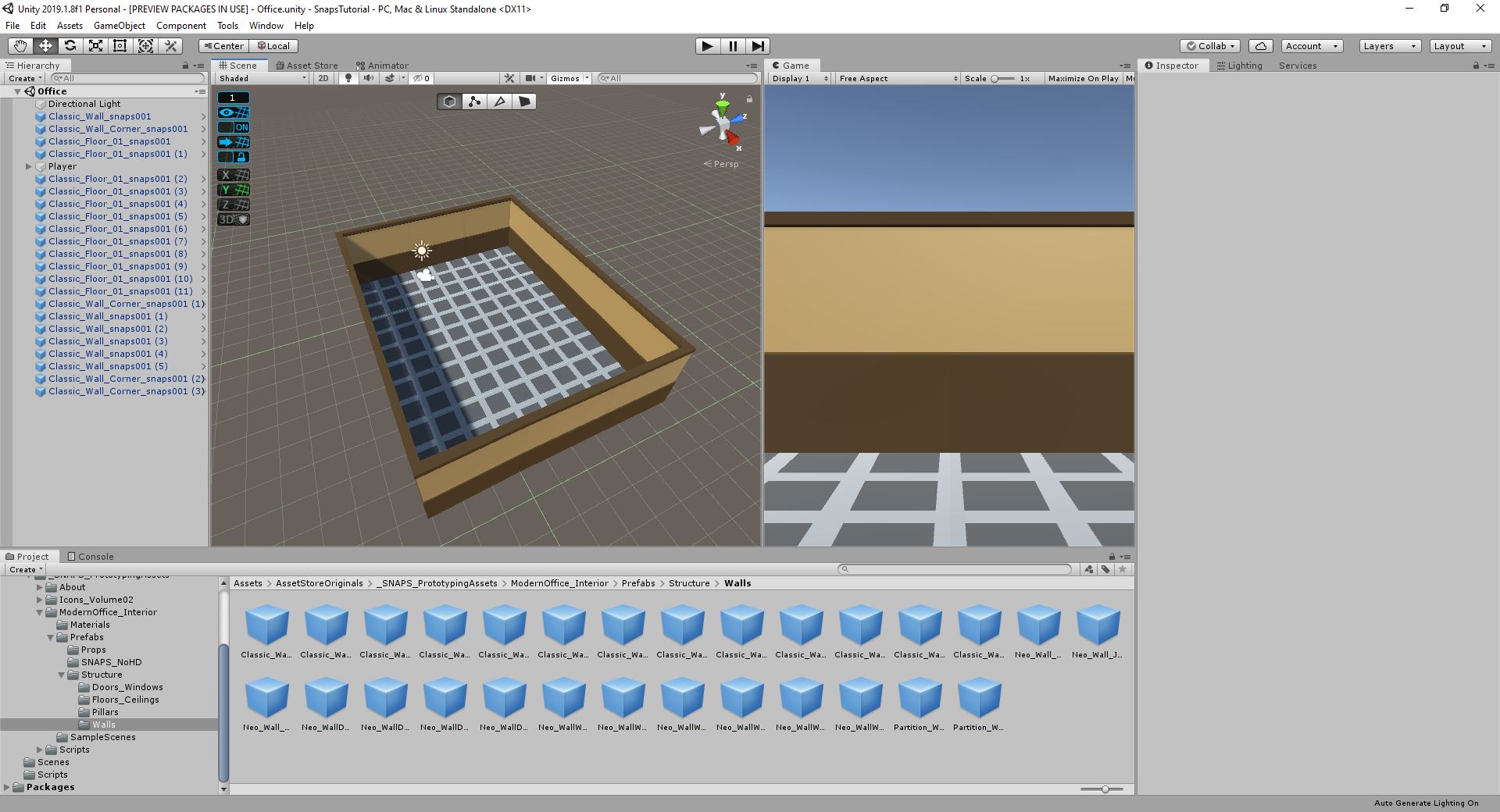 The end effect looks like this. It’s starting to come together, but we don’t have a door or any windows inside. Let’s make some then.

I removed one wall and added a prefab with a door frame and a door prefab.

The door prefab doesn’t snap ideally to the frame when the Snap Value is set to 1, so we’ll change the snapping settings and set the Snap Value to 0.05 for precise fitting. I also changed some regular walls for ones with windows. 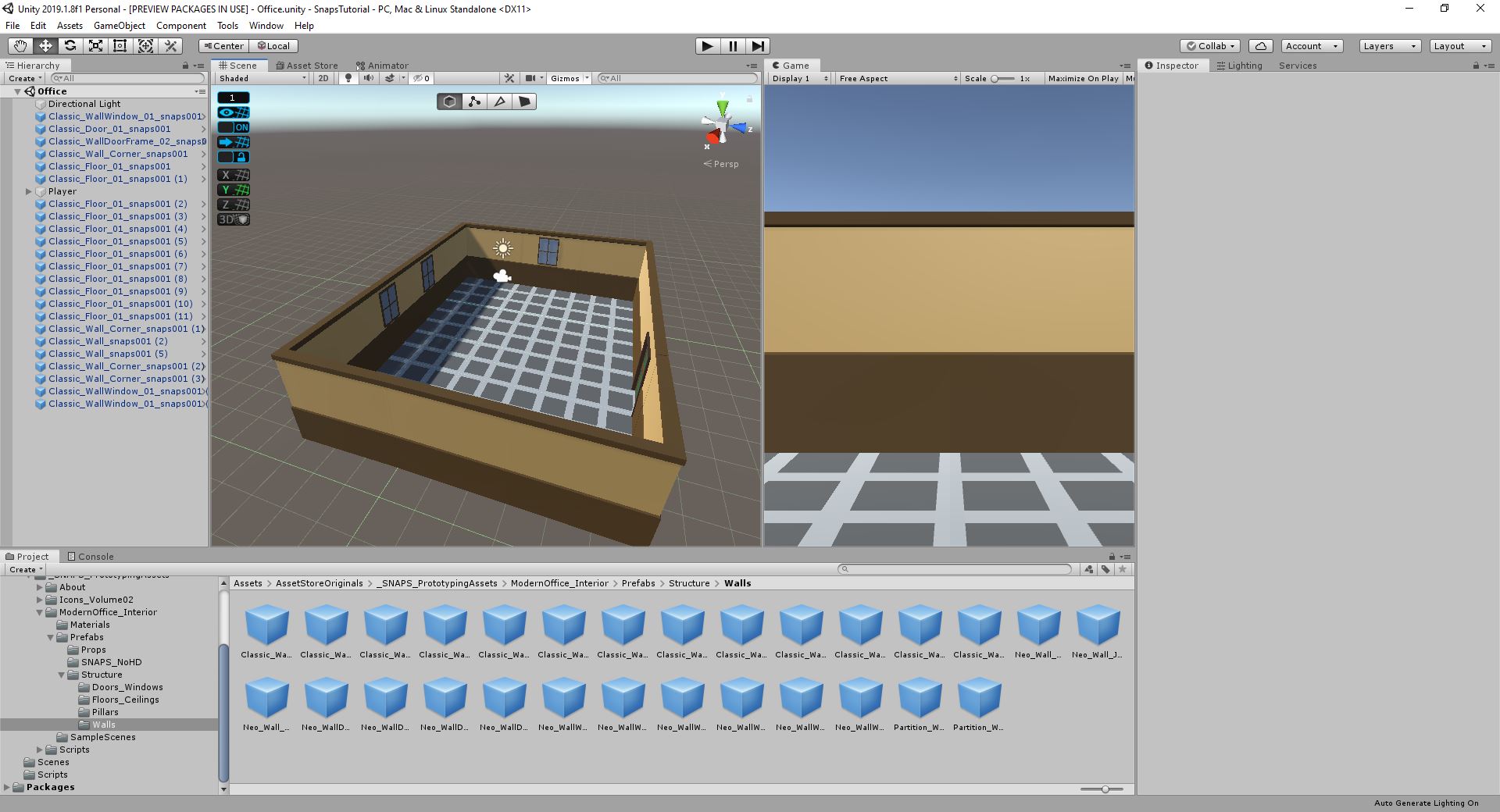 Before I add a ceiling, I’d like to add some items to the office so it doesn’t feel too empty.

That’s why I added some file cabinets, a desk with a chair, a lamp and – of course – a computer. All the items snap to each other, so we can place the printer on the desk without frustrating position adjustments.

Now we have a pretty simple office setup that we can play around with. But, and this is just a thought, what if we decide to make things more interesting?

Let’s start by downloading the SciFi_Industrial asset package. In case you’re wondering, our goal now is to convert some parts of the office into a more sci-fi oriented space. Luckily with Snaps, it’s very easy!

After picking our floor and ceiling assets we can then snap them to our office room assets. Then we add some barrels, crates and a generator, basically anything that we can think of to give a more sci-fi vibe. 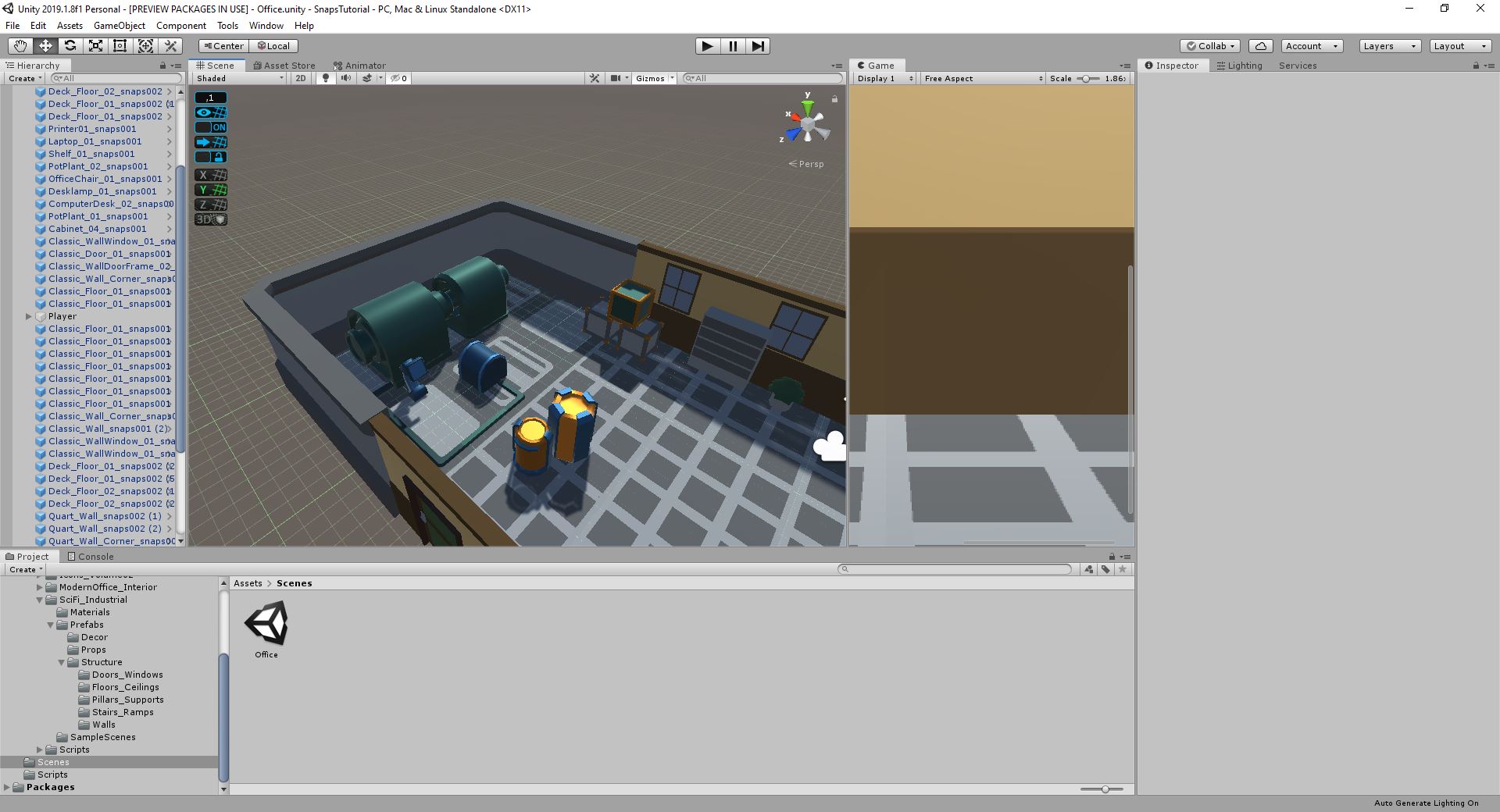 Even though they are from different sets, all the prefabs fit together on the grid without issues. This is especially useful in combining prefabs from multiple sources to create the desired end result. The end result looks like this: 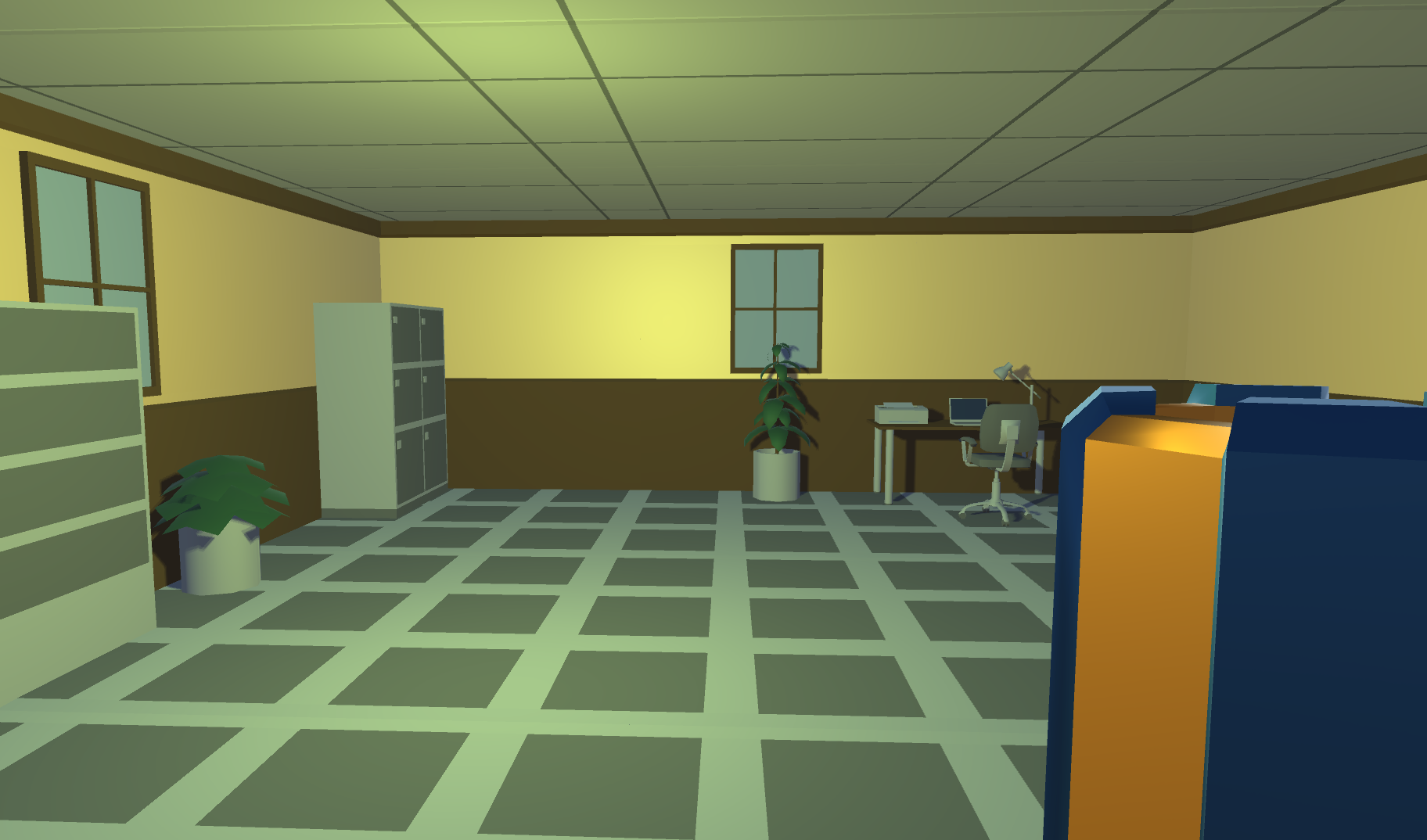 We successfully converted the simple-looking office space to one from the sci-fi oriented era. Not bad for a few extra minutes of work, won’t you say.

But the creativity doesn’t have to end here, feel free to mix and match varying prefabs together to create the exact environment you desire. With Snaps, this should be an easy and painless process.

Regardless if you are a beginner or an experienced user, there is something to be said about being able to accomplish a task quicker and more efficiently. With a little setup, you’re able to quickly build entire scenes using Unity Snaps. Built with ProBuilder and compatible with ProGrids, the assets are easy to use and compatible with each other!

This is especially useful when you have a large production but little time to get everything just right. But there are some of us who also like to build things from the ground up.

Using Snaps doesn’t take away from this but can give you a foundation to work with, and who knows – maybe you’ll end up so happy with your blockout that you’ll decide just to replace the placeholder assets with those from the more advanced packs like Snaps Art | Office?