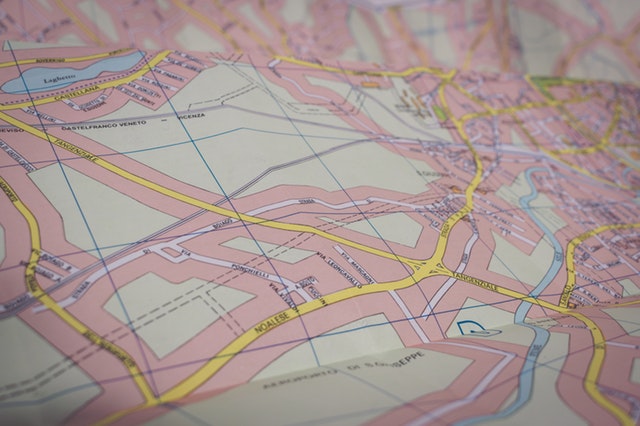 AR maps are leading the change

* Travel is changing and AR navigational technology is leading this change.

* Where giants thread, a look into Google “Start AR” and BlippAR Navigation systems

* An AR Personal Guide to the cities you love.

Navigation has always been an important part of travel, some of us usually have issues with getting lost along the way when visiting new locations or trying to find a particular spot. Humans being humans, we invented the map, then we invented paper and the two had a marriage that has spanned decades.

But not everyone carries around a folded map these days, either because there is no space or it’s just inconvenient, plus with the advent of digital maps, there is no longer a need too. Even these have their shortcomings, even when you are at the location indicated on the map, it still takes a while to find exactly what you are looking for, plus if there is no large signpost indicating the spot, you might still have to ask around.

AR maps are changing this. Hence, gone are the days when you zoom in on a map trying to find a point of reference, just to get your bearings before setting off in the wrong direction. But even with the incredible advances of app-based navigation, there’s still an element of uncertainty and sometimes you can’t help but feel lost as the pinging dot seems to go in the wrong direction

Companies like BlippAR have created an AR basic navigation system that visualizes the route to get you to your destination in augmented reality with 3D arrows. No more spinning on the spot trying to work out which way the arrow is pointing.

This feature uses GPS to estimate the absolute position of the user and Visual Inertial Odometry (VIO) to track their local movement. They can smoothly integrate GPS and VIO throughout the entire experience by building on the ARCL library, which uses Apple’s ARKit for VIO and Core Location for GPS. AR basic navigation is available everywhere supported by Apple Maps.

Google is also in the Game

Google, on the other hand, is now offering a preview of its “Start AR” directions, which use real-time images of the surroundings around you to point exactly where you need to go. It basically sees without actually seeing, just like Google Lens.

You point your phone, and Google uses its super database to know what the camera is looking at, and superimpose borderline idiot-proof directions over what it sees. Your phone will need decent daylight to see where it is, and it will also need a data connection. If you happen to be on an international plan like Google Fi, that’s not such a big deal, but if you pay through the nose for data abroad, you may want to wait until you are somewhere domestic.

This exciting update was blasted out to Google Pixel users, so it’s only a matter of time before it reaches full tilt on Apple and Android. For now, make sure to download the newest version of Google Maps, and the next time you need step by step directions, cross your fingers for a “Start AR” option.

If you have a Google Pixel, you probably already have it. This seems to be a trend for Google, as they keep adding AR tech to most of their services such as they have done to Google Search

What becomes of travel

If the travel apps prove to be useful to individual users when they explore unknown places, much more those applications based on augmented reality (AR) are: in fact, the latter has the advantage of making the experience of the traveler more innovative, simple, attractive and different.

This technology adds multimedia information to the reality normally perceived. For example, if you’re in New York City on the Corner of 15th street and 8th avenue, you’d see that Starbucks you’re looking at in real life on your phone, along with an arrow showing you which way you’re actually supposed to go. Until you actually turn to the correct direction, it’ll keep insisting you turn around.

The technology has one key function going for it as that’s convenience with ease of use thrown into the mix. This is why companies will keep developing the tech, and we will see more and more travel-oriented businesses make use of these features in their apps in the coming months.