A world of NPC 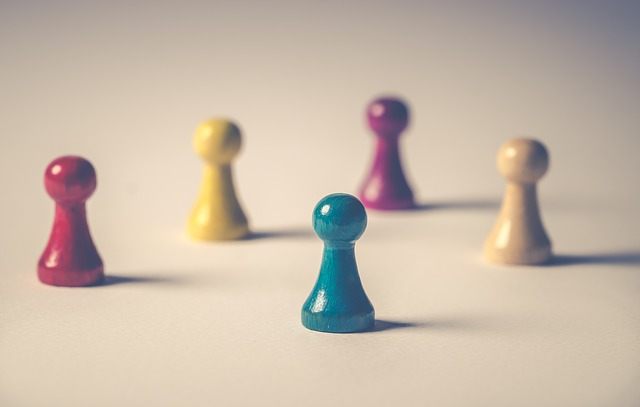 What does the ‘NPC’ stand for?

If you have played almost any MMORPG video game, you would notice that apart from players, there are a multitude of other components that make up your gameplay, from scenery, buildings but most especially the people.

No, I am not talking about other players but the computer-generated characters that go about their seemingly important business while ignoring you unless you interact with them in one way or another. Gamers have come to term these “people” as NPC or Non-Playable Characters.

They have the critical role of either advancing gameplay if some sort of interaction is programmed in or providing a more realistic backdrop for the environment that is being created. You can’t have a market place without actual traders plus no player is going to sit on a virtual bench all day waiting to sell one or two items.

Few and far between

Sadly when it comes to Virtual Reality and VR experiences, this critical component is not as abundant as in traditional games or, in some cases, outright missing.

Take any current VR/AR title on the market at the moment and you will notice that you are usually in an empty world or one populated by other players and when there are NPC, they are stationary and don’t move around much, which doesn’t really count for much– they are no different from furniture for all intent and purpose.

…and this has to do with the number of computational processes involves in having interactive extras bots within VR. Remember, 3D only renders the view in which you view an object the back of the object does not exist.

But with VR you are rendering the whole object, in some instances this is done in real-time.

Think about your favorite Tripple-A gaming title, you will notice that apart from a massive file size that the game comes in, there is also a set on the minimum requirement you PC or device must meet to play the game. A good portion of this is taken by the computation for graphics and game elements which Bots and NPC fall under.

Then if you add in AI features to make your NPC and Bots act more natural and give more context movement and levels of interactions with you. You will quickly see an increase in the computational requirement for the game. But for instances where you have a large multitude of NPCs, the computational resource becomes a premium.

So to implement interactive Bots and realistic NPC into our virtual world we are going to need devices that can handle that amount of data. The closer VR/AR comes to simulating Physical Reality, the more resources it’s going to take to drive such elements to a high enough level where we will not be able to differentiate between them and other players.

But all this is changing, developers know that there is a gap that needs to be filled and filled quickly.

For example, No Man’s Sky Beyond, the three-part expansion to No Man’s Sky, isn’t out until later this Summer, alongside the game’s new VR mode, but one new feature promised by the update is one that current players can’t wait to see for themselves.

At present, the game’s arrangement of alien NPC s are located in fixed positions on planets, space stations, and ships, but Beyond seeks to get them on their feet and start walking around, just to make the infinite galaxy feel a little more lifelike than before.

And they are not the only one, one of the best NPC so far in VR is from the game Lone Echo’s with the character “Olivia Rhodes”.

VR itself plays a part in that. Liv, an assured and regimented captain, isn’t afraid to get right up to the player’s eyes and make sure they meet her own. The developer’s flair for visuals also helps. Liv is one of VR’s most expressive and detailed NPCs.

Both game developers and other VR content creators are adapting interactive NPCs into their creations. Plus each VR gear that comes hot seems to be pushing the envelope of what is possible in terms of speed and efficiency.

The adoption of Artificial intelligence into the mix should make for better NPCs. Taking the technology that allows us to build chatbots inside VR/AR we can go one step further by integrating these with gestures, expressions, and actions with a Character. So you get the near-human experience when interacting within NPCs.

It’ll help us to make interactions in VR the same effortless as using a bot on a mobile phone. But in VR it’s even better because a user is maximum involved in a story and can better keep the path.

NPCs should not be seen as only needed in the Gaming genre, content developers, non-tech and business are also in the running to benefit for the inclusion of this element.

This is because, NPCs of the future will be able to facilitate deeper human-computer interaction by providing a level of dialogue and awareness that will make surfing the web, seeking help from customer service or ordering goods as natural as a conversation you might have with a family member over dinner.

Fantasy novels already allure to games and virtual worlds that have NPCs guiding business transactions, teaching and performing the various task for users.

So how can these AI enable NPCs, get closer to a personal assistant and learn this contextual information within a virtual space? More data and emerging technologies. The main advantage AI and ML (Machine Learning) have is its ability to improve, so as time passes, we get better NPCs both in-game and out.