Full sensory perception is currently the holy grail for virtual reality simulation. To immerse all five senses into a computer-generated scene, making the user unable to distinguish between true reality in our physical world and virtual reality generated by a computer program.

Can we put all 5 senses in VR simulation?

At the moment only two of the five senses are widespread in VR devices, these are Sound and Sight. Because both are wave based, they can easily be transmitted into digital bits on the internet, and we have had the technology transmit these waves since radio and then television came into being.

But the proceeding three senses are work on vastly different principles. Touch, to some extent, is still simpler and already has visible progress with the advance in Haptic Feedback technology, but taste and smell are more difficult to implement.

Although bringing them into VR would definitely help with immersion, taste, and smell are heavily in the perception category and have the least to do with interaction.

SEE ALSO:  VR and AR amidst the COVID-19 outbreak

What we hope for:

Startup companies like Ultrahaptic are leading the charge in creating true touch sensation within VR. They are developing what they call mid-air haptic technology using ultrasound to create rich, three-dimensional shapes and textures that can be felt, but not seen. With mid-air haptics, touch feedback for UI controls such as buttons and sliders can be delivered, without the need to physically touch a display or surface.

This offers significant benefits to critical processes in medical and industrial environments. The feedback even works through surgical gloves, creating a perfect tool for VR medical training. Such technology enables a completely new interface: which is user-friendly, more secure and with reduced need for cleaning and maintenance. It could be paired with AR technologies or standard machines in public spaces such as self-service kiosks, ATM or elevators.

Other companies like Vaqso have started developing and marketing products that bring small into the VR space. Limited though it might be, it is an indicator of the direction the industry is heading in. other products such as the VR Scent Mask from “FeelReal” which started a kickstarter campaign on April 9th with a goal of $20,000 but has since exceeded that goal with $118,284 pledged which is 591% of their initial funding request and 20days to go (as of 24th April 2019).

Now for the odd one in the sensory set, Taste. Cornell University food scientists found that cheese eaten in pleasant VR surroundings tasted better than the same cheese eaten in a drab sensory booth, but how do we do away with the physical cheese altogether and experience it solely within VR?

It seems like Nimesha Ranasinghe – the best researcher in the world about emulation of taste (and if he is not the best, he’s surely a very good one) – have found the answer. At the University of Singapore, where he works, he has made lots of work about taste emulation and taste communications. 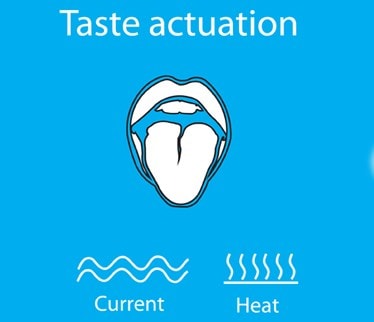 Nimesha has created a very specific device that is able to emulate all the fundamental tastes that our tongue can perceive: sour, salty, bitter, sweet; furthermore can also emulate sensations like mint and spicy.

SEE ALSO:  Using AR to educate and entertain kids during a global crisis

This is possible thanks to a box containing both electrical and thermal controlling units, both terminating with two little metallic foils: putting the tongue between these two electrodes it is possible to feel the virtual tastes.

At the beginning they tried only with electrical stimulation and so weren’t able to emulate sweetness, but afterward, he had the idea of mixing it with heating, with very successful results.

With all these developments, in the next few years, we might see a convergence of these implementations into one singular device or modules that can be assembled into a coherent whole, bringing with it the true age of total VR sensory immersion.