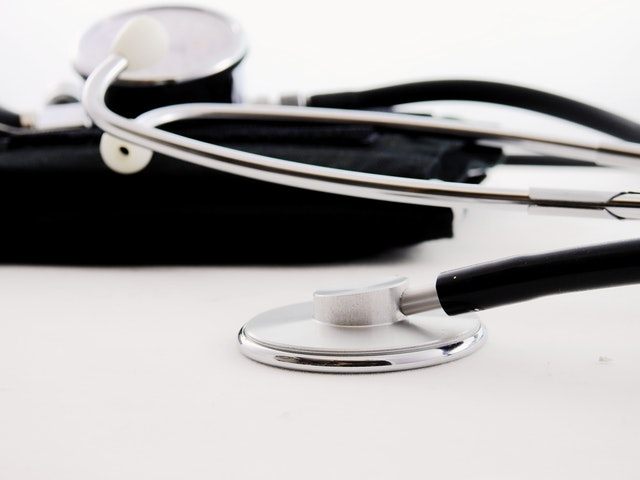 VR and (your) health

I’m sure at one point or the other you have heard about how new technology comes with its own risk and issues and that’s also true for Virtual reality. But like most things, there are two sides to the equation.

Some say they have experienced negative symptoms as a result of the continual use of VR while others can’t even use the technology for a few minutes without getting dizzy or sick.

Are VR headsets bad for your health? Let’s focus on the three most common questions about it.

Can VR damage your eyes?

Whereas, In the virtual space, our eyes are always focused on a fixed point while attempting to converge or diverge towards objects that appear nearby or distant. This disengagement is known as the vergence-accommodation conflict (VAC), and it’s the reason why many people experience nausea or headaches when using VR headsets.

There have been enough issues with this sickness that it has even been named: cybersickness.

Another issue that VR manufacturers warn users about, is the potential for headsets to impact hand-eye coordination. This is what is referred to when people ask if VR can damage your eyes.

When playing a VR game, the brain adapts to the constraints of the VR simulation and begins to expect it. Once the user gets out of the simulation, their brain must re-adapt. During this period of adaptation, users may reach past items that they’re reaching for because the VR experience has altered their perception of objects at a given distance.

This disorienting phenomenon is typically short-lived, but there is a tangible concern that someone affected by it could cause serious damage by doing something that requires unimpaired balance and hand-eye coordination before they’ve fully recovered from any effect.

Can people with glasses use VR headsets?

Virtual reality headsets, whether they’re as sophisticated as the Oculus Rift or simple as Google Cardboard, feature a pair of lenses that transmit the displayed images to the wearer’s eyes. If you don’t wear glasses, you’re golden – your biggest concern will be how comfortable the headset is in general.

If you wear glasses, though, at best your experience might require some careful readjustments. VR headsets manufacturers ostensibly designed their devices to be worn over glasses but depending on your particular frames and how short-sighted you are, your level of comfort might vary.

If you can make do without your lens, that is going to be the most comfortable option, but the good news is all the different headsets are perfectly usable with specs but will need some calibration.

That, however, is not your only option. If you’re in need of glasses, and still want to use VR, and don’t mind contacts, they’re going to be your best bet depending on which headset you go with. Designs will no doubt be tweaked and altered in future editions, and makers will likely be more careful to accommodate users with glasses.

Until then, your comfort experience with such headsets vary from person to person and as we have stated earlier, proper calibration and adjustment will go a long way.

SEE ALSO:  Augmented Reality and its role in Manufacturing

And what about dizziness? Is that true that VR makes you sick?

As stated earlier, nausea or dizziness in VR is caused by your brain getting confused about what it’s trying to process. When your eyes are seeing scenery that says you should be moving, when you actually aren’t, your brain starts to panic. When it panics, you might start to feel queasy or even begin to sway in place.

A more potent concern is fear of stereoscopic images harming children’s still-developing eyesight. So in this case, yes if uses improperly, VR can make your kids sick or damage their eyesight.

Studies suggest VR headsets could trigger potential vision problems in people with intermittent exotropia, this is a condition quite common in young children where one eye sometimes turns outward. It’s thought that VR headgear and other stresses can trigger periods of double vision in these children, which can then lead to visual changes that might become permanent.

Why am I dizzy? Let’s get technical

The problem starts in the vestibular system, a series of fluid-filled canals and chambers in the inner ear. This system includes three semicircular canals, all lined with hair cells, so named for their hair-like projections into the liquid-filled channels.

As the head moves, so too does the fluid in the canals, which in turn stimulates the hair cells. Because each canal is situated differently, each sends data on a different type of motion to the brain: up/down, side to side and degree of tilt.

Connected to the semicircular canals is the utricle, a sac containing fluid and tiny calcium carbonate particles called otoliths. When the head moves, so do the otoliths, sending the brain signals about horizontal movement. Next door, a chamber called the saccule uses a similar setup to detect vertical acceleration.

This system typically works in tandem with the visual system and with the proprioceptive system, integrating sight and sensations from the muscles and joints to tell the brain where the body is in space. A virtual-reality environment hammers a wedge between these systems.

On the flip side, not everybody is affected by this. Only certain games or experiences will trigger the feeling of nausea or dizziness for some people, but others may never experience it at all. Each person is different, but that doesn’t mean VR isn’t for you.

It just means you need to find your own comfort levels before diving into highly immersive games. Just because you discover what types of VR make you nauseous doesn’t mean you can’t play those types of games or that you should stay away from VR.

Virtual-reality sickness isn’t a new problem. It’s been known as long as test pilots, test drivers and potential astronauts have been practicing their skills in mock vehicles, though it was called simulator sickness in those cases.

Not unlike motion sickness or seasickness, VR sickness has its roots in the mismatch between the visual and vestibular systems, said Jorge Serrador, a professor of pharmacology, physiology, and neuroscience at Rutgers New Jersey Medical School.

A new study released by The Beijing Advanced Innovation Center for Future Visual Entertainment suggests that extended use of high-end VR headsets like HTC’s Vive (or, maybe even the Oculus Rift) can have beneficial effects on preteens’ vision, in some cases actually improving kids’ myopia or hyperopia. The key, according to the study, is using a high-end headset with a “properly designed virtual image distance.”

The use of VR is a game-changer for advancing not just entertainment but also other interconnected technology. On the other hand, let’s not forget that too much of a good thing can be bad for you.

Yes I know you don’t want to hear it but you can’t be connected to the virtual world 24/7, at least not just yet. But generally VR is safe to use and when used properly can help improve vision and even help you get over things like motion-sickness.

The technology is still relatively new, and as such, precautions need to be taken. Limiting your exposure and taking note of any side effects can have a huge impact on your well being.

Can u connect to other vr headets